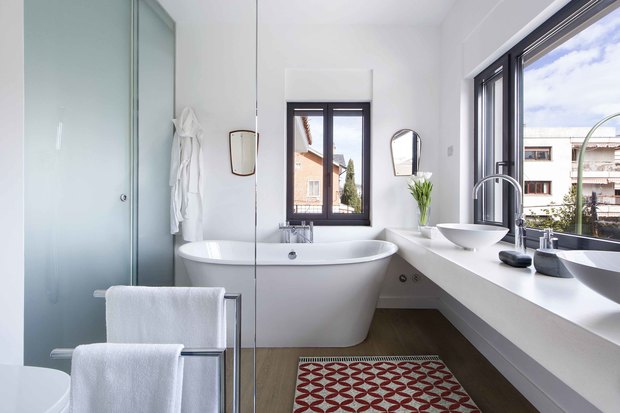 Have no idea what bathroom style to select? Something modern but personal? With retro, industrial touches …? With shower or bath? Get inspired by these 4 contemporary bathrooms, warm and with something new. They are all part of the same living place, designed by the Egue y Seta team, of which we are very fans (here you will find some of his projects published in Decoratrix). 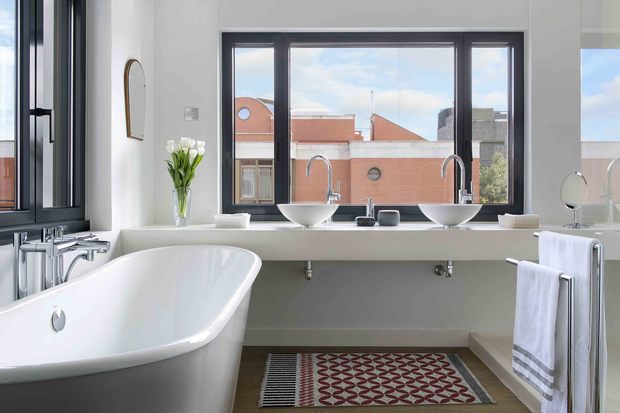 Bathroom with shower and bath

The primordial bathroom, of extensive elongated plant, it is not a common bathroom, insofar as it has a large window, under which an extended microcement countertop matt white Futurcret (coating that was also used on the walls and the shower floor), on which they were put 2 round sinks, bowl type, from the firm Alape.

The bathtub is the model Iris by Recor, a design free of traditional lines modernized. The ground was coated with wood by Schotten Hansen, which adds warmth to the room. A sheet of tempered glass divide the shower of the rest of the elements. 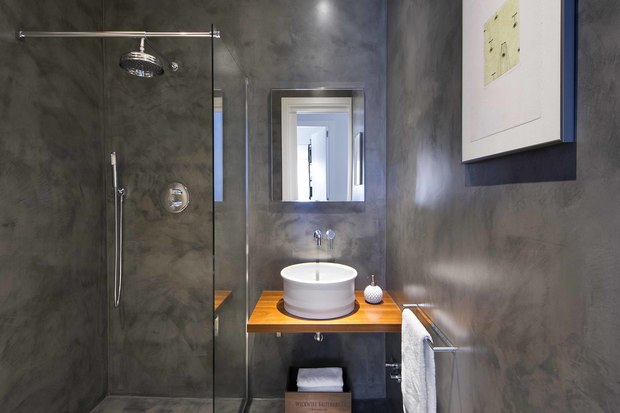 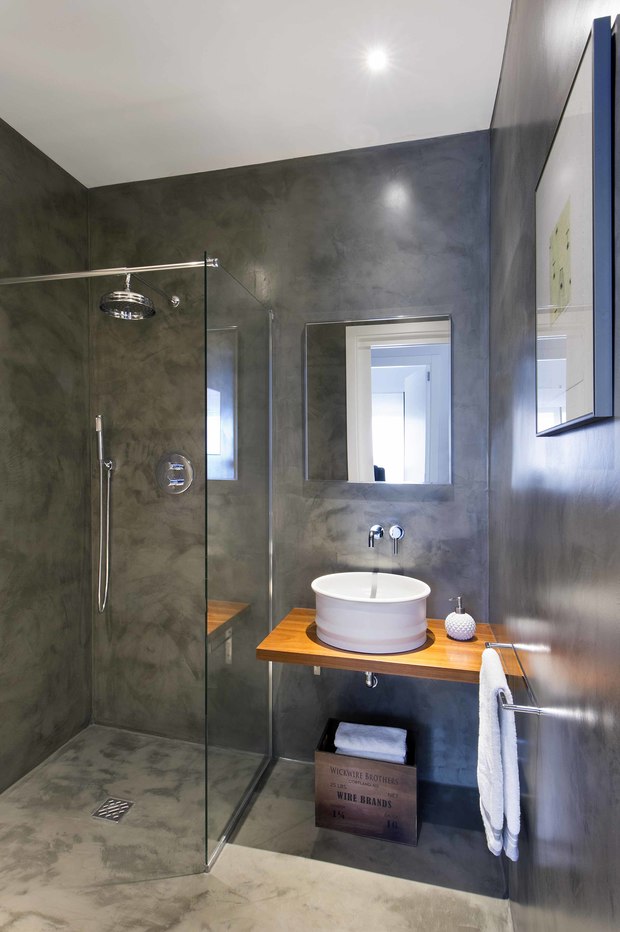 In this small bathroom, which serves as a toilet in the common region, only 2 materials were used: microcement gray and wood. Walls, floor and ceiling are wrapped with Futurcret, a very strong material that also serves for the flush shower floor. The only one appearance of the wood is on the countertop, on which a round sink was placed Meridian of rock. A square speculum close this simple space and minimalist, but that leaves no aspect to chance. 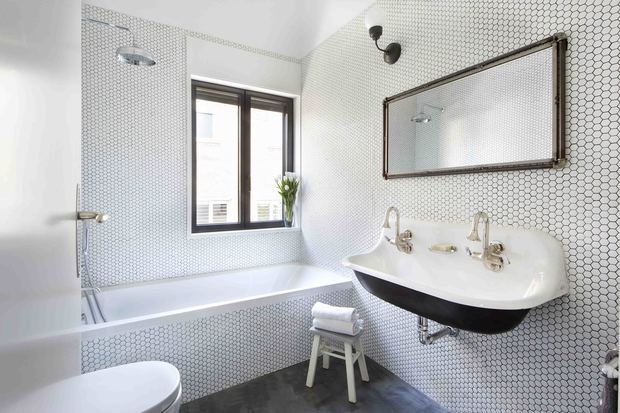 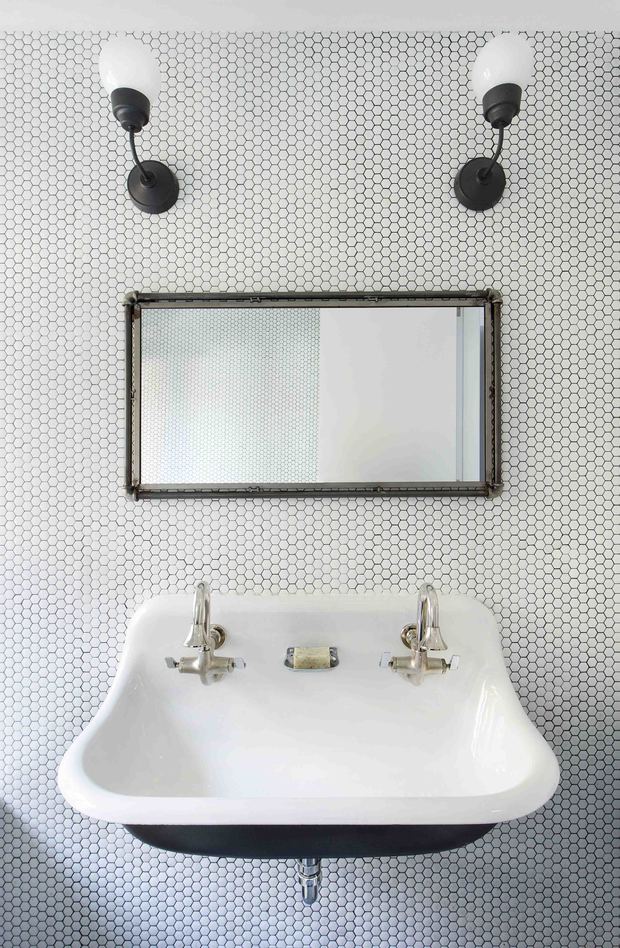 In a stylistic twist, the team of Egue and Seta decided to put a retro touch to the bathroom of the little ones, thanks to metal lavatory Brockway from the Koholer firm. The wall was covered with glass tile from Hisbalit, in the form hexagonal, which creates a textured effect and breaks the monotony of white. The floor was covered with gray microcement, undoubtedly, a wild card in any kind and style of decoration. 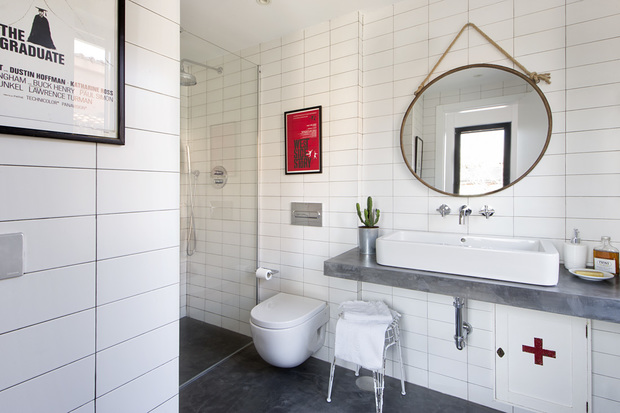 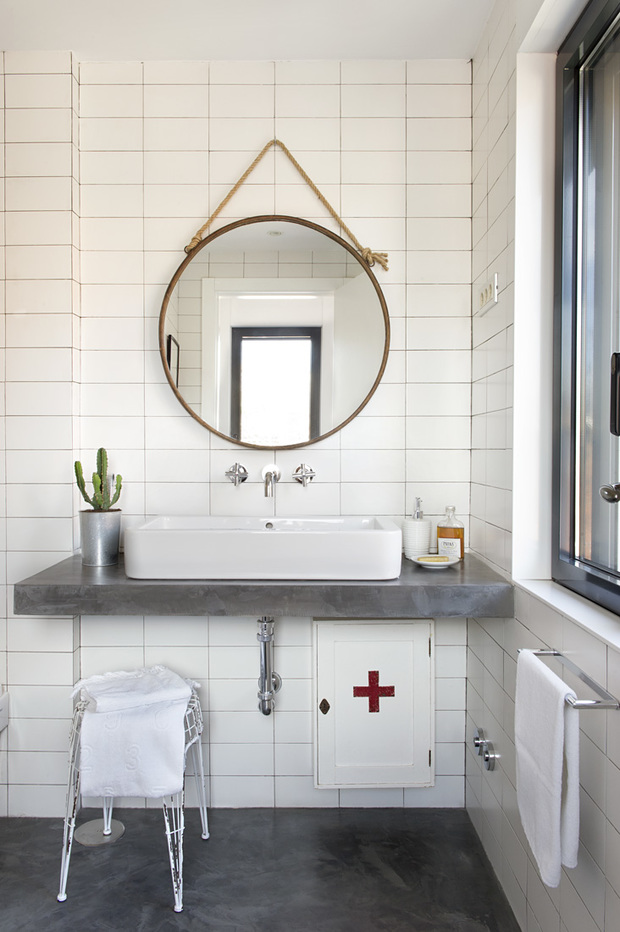 To conclude, one last surprise in the upstairs, where is an entertaining living room of thisr (which we will show you soon), a bedroom in a loft and this magnificent bathroom, that this time it seems to us dimly industrial. Maybe it’s because of the worktop and the microcement floor or by the square white tile (20 x 10 cm).

But, undoubtedly, it is the round speculum, held by leather straps, which marks the decoration of this space, aseptic and pleasant, like the rest of the bathrooms of this house. An exercise in the style of Egue and Seta, about which we have the possibility of less to say: Hats!