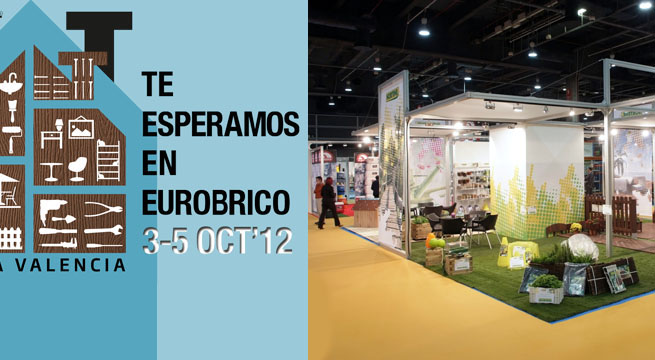 At Ideasdehogar we understand that several of our followers are enthusiasts of the DIY. And it happens that there are few things so rewarding than creating furniture, making installations or renovating the home with your own hands… Hence, events like the one that I bring you today are becoming more and more popular.

On October 3, the 2012 edition of Eurobrico, the most essential DIY Fair of the field in this country and among the most important at European level. Those who believe that this fair is only for experts are confused: there are many articles, workshops, ideas and proposals that will make the delicacies of each and every handyman.

Eurobrico is celebrated from year to year in Valencia Fair and brings together all kinds of actors in the field: DIY centers, model developers, small establishments, nurseries … Attached to Eurobrico, distributing space and time is also celebrated Iberflora, lThe fair for the garden, plants, pets and outdoor DIY. Thus, the event brings together everything that fans of «do it yourself» want to want … At the two fairs it will be possible to help conferences, talks, news catwalks and DIY and gardening workshops. For its part, Eurobrico launches one more year its DIY Olympics and its EUROBRICO awards.

Tickets for the two fairs cost 30 euros, something that will probably «put back» to several who would like to take a walk to see each and every one of the news. However, in the pages of Eurobrico and also Iberflora they propose the opportunity to find a free pass, requesting it from one of the exhibitors who will be present in the pavilions and whose catalog appears on the two websites. The countdown begins among the much more attractive practical decoration events of the year: next week we will see each other in Eurobrico and also Iberflora. Do not miss it!