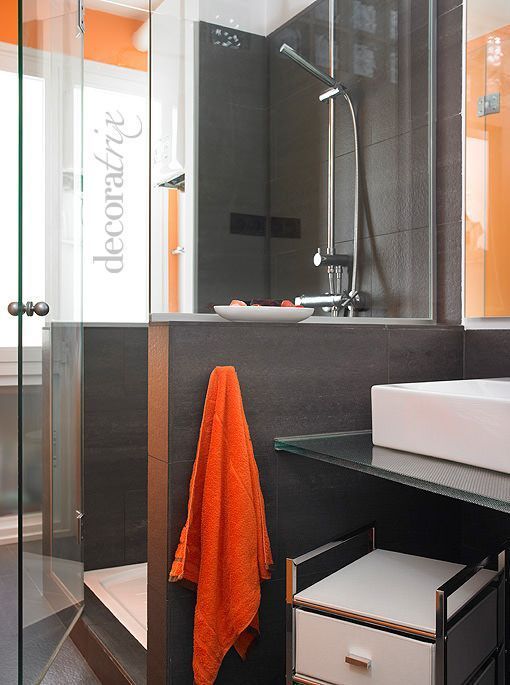 Before starting a reform, large or small, you must investigate the space, your claims and desires. The reform of this bathroom, where the kitchen used to be, had as a turning point the chiller. This was a great option for storage given the few m2, but it disabled the window region for the shower. As the distribution was clear, particular attention was paid to the materials and finishes.

The right region was allocated to the sanitary. The walk-in shower and glass in its upper part it divides this wall in 2: next to the window, the lavatory and, on the other side, next to the door, the lavatory with a glass countertop ground to find greater relief. This entire front was covered like the ground. The favorite was a porcelain mate by Azulejos Peña. 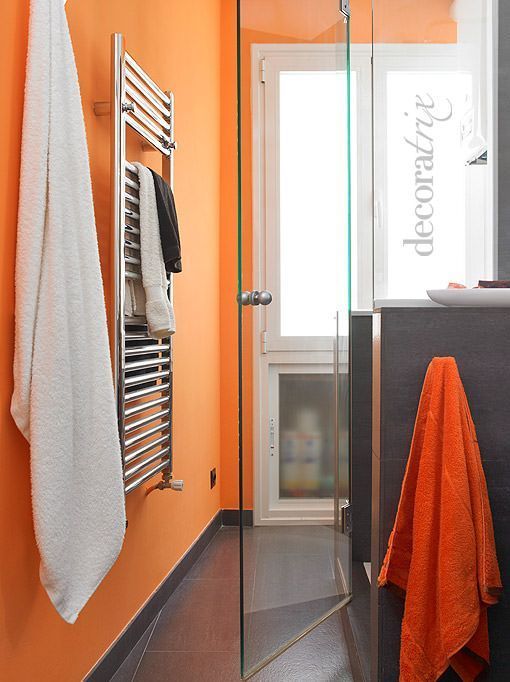 The opposite front received a different regime trying to find contrast and colorful. As it is not a wall in direct contact with the water, the Orange VA 080 Summer of Valentine’s color chart. In it, in front of the shower they installed a towel rail wall radiator by Roca and some coat racks by Ikea. 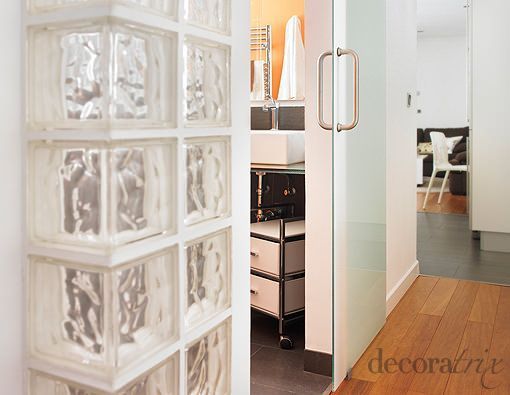 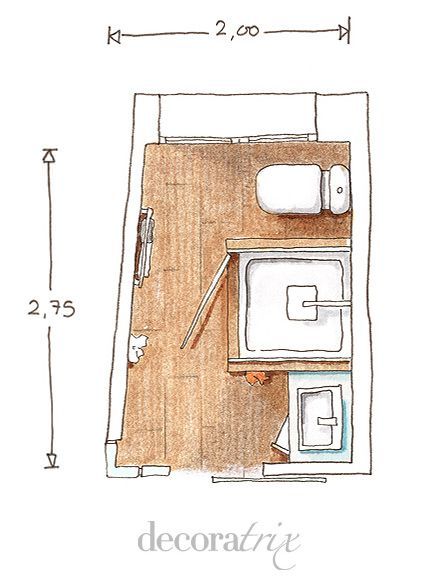 The small corridor without light was transformed into a region of passage of enormous clarity thanks to the wall partition Yet the access door to the bathroom with sheet tempered glass. With less than 5 square meters, this small bathroom gained spaciousness and occupation thanks to a distribution well thought out; the coatings and the colour they did the rest. Photographs: Decoratrix